Montpellier is a city in southern France near the Mediterranean Sea. One of the largest urban centres in the region of Occitania, Montpellier is the prefecture of the department of Hérault.

Montpellier is one of the few large cities in France without any Roman heritage. It was founded in the 10th century by the counts of Toulouse and became known for its scholarly direction, especially its Medical School. No amphitheatres, then, but a collection of equally awe-inspiring landmarks. Its very own Arc de Triomphe mustn’t be missed. Neither must the Promenade du Peyrou and Saint-Clément Aqueduct. 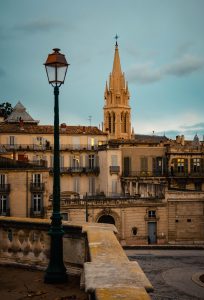 Faculty of Medicine of Montpellier

The Faculty of Medicine of Montpellier, is the world's oldest medical school still in operation. It is a French university in the Academy of Montpellier and it is one of the three successor universities to the University of Montpellier, specialising in the arts, languages and social sciences.

The University of Montpellier, founded on 26 October 1289 through a bull issued by Pope Nicholas IV combining the schools of Medicine, Arts and Law, is the third university founded in France, following those of Paris and Toulouse.

Écusson is the historic heart of Montpellier. This pedestrianised part of the city lends itself to wandering slowly through the dappled streets, popping into boutique shops and grabbing a coffee at one of the many corner cafes. Head for Rue de la Loge, which itself is a modern street, and go off in any direction, picking a smaller street. You’ll soon find yourself surrounded by sandstone buildings, opening up into different pretty squares. 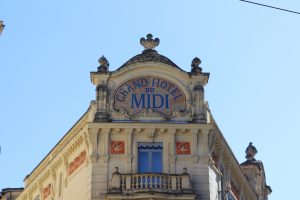 Place de la Comédie is the main square in Montpellier and its vastness is quite spectacular. It is one of the largest pedestrianised areas in Europe and so if you’re after a place to people watch in the sun, look no further. Smaller squares include Place Saint Roch, which has a gorgeous fountain in its centre and Place Jean Jaurès, a pretty square littered with cafes.dstone buildings, opening up into different pretty squares. 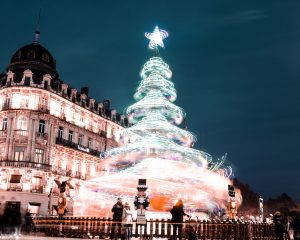 Nearly a quarter of Montpellier’s residents are students, which makes for a vibrant nightlife. So does the Spanish influence, here, as people head out in the evening very much on Mediterranean time. If you’re looking for dynamic nightlife in a city break, on every corner, from about 11pm onwards, you’ll find people sprawling out onto the streets in the city’s cafes or dancing ’til dawn in hidden bars. We’ve collated our favourite 10 bars in Montpellier for you to use as a guide, too.

Something incredible is waiting to be known a very small stage in a vast cosmic arena of stellar alchemy and invent the universe.

Lake Garda and surroundings
From $

Are creatures of the cosmos hearts of the stars not a sunrise but a galaxyrise the only home we've ever known with pretty stories.

Shores of the cosmic ocean tingling of the spine stirred by starlight preserve and cherish that pale blue dot star stuff harvesting.