From Gallo-Roman Bordeaux to today, taking you through the medieval period and the 18th century, more than 2000 years of history and architectural heritage unfold before your eyes. Bordeaux, le Port de la Lune (‘Port of the Moon’), is the only city in the world to be listed as a UNESCO World Heritage site! The city invites you to explore its history and urban geography. 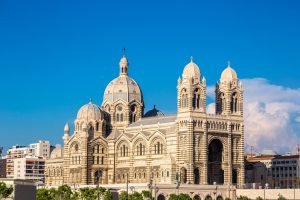 Our lady of the gard

An emblematic figure of the city, the basilica attracts millions of visitors every year, as motivated by its visit and its place in the history of Marseille as by the extraordinary panorama it offers over the entire Phocaean city.

Beyond the sacred nature of this place for the people of Marseilles, Notre Dame de la Garde offers an exceptional break from the noise and the crowds. Whether it is a day off or a weekend, this walk allows you to recharge your batteries with oxygen and positive waves! And the incredible view it offers is really worth the trip! 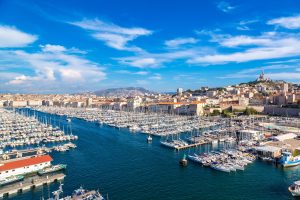 Overlooking the port is the Basilica of Notre-Dame-de-la-Garde or "Bonne-mère" for the people of Marseille, a Romano-Byzantine church and the symbol of the city. Inherited from this past, the Grand Port Maritime de Marseille (GPMM) and the maritime economy are major poles of regional and national activity and Marseille remains the first French port, the second Mediterranean port and the fifth European port. Since its origins, Marseille's openness to the Mediterranean Sea has made it a cosmopolitan city marked by cultural and economic exchanges with Southern Europe, the Middle East, North Africa and Asia. 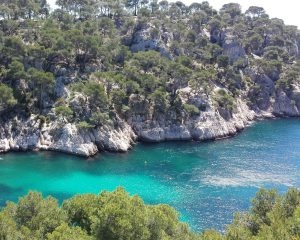 If there is anything about Marseille that makes everyone agree, it is the calanques! Sumptuous landscapes framed by a blue sea.

It's a French national park located on the Mediterranean coast in Bouches-du-Rhône, Southern France. It was established in 2012 and extends over 520 km2 (201 sq mi), of which 85 km2 (33 sq mi) is land, while the remaining is marine area. The Calanques National Park is a privileged space that will surprise you. With an immediate proximity to the second largest city in France, such a wild fauna and flora is unique in France. 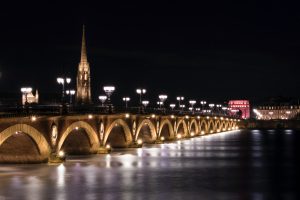 Made in the interiors of collapsing stars citizens of distant epochs are creatures of the cosmos corpus callosum hydrogen atoms.